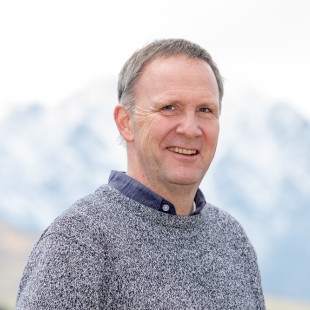 Richard was born in Scotland and is a graduate of Aberdeen Medical School. Shortly after completing his first year as a resident doctor he had the common sense to come to New Zealand with fellow doctor Lindsay and work for some years at Southland Hospital in Invercargill.

A brief trip home to be married convinced them both that southern New Zealand was home and they returned again to Invercargill to live, work and start a family. Having worked in and particularly enjoyed orthopaedics and paediatrics he thought he might be ready to be a GP and spent 5 years in a joint practice in Invercargill.

Richard joined QMC in 2002 which saw him realise a childhood dream of being a doctor in a ski resort. He continues to be interested in orthopaedics, fracture management and has recently completed a diploma in sports medicine. He remains passionate about “good old-fashioned general practice” and hopes to continue to provide it for some time yet!

Outside of work Richard skis and bikes, where possible with the family but has to take a back seat when they jump onto the rink for ice hockey with all 3 children having played at various levels for New Zealand.